Earlier this semester, the new President of LundaEkonomerna was elected alongside the rest of the Board of LundaEkonomerna 2019/2020. It is an driven and ambitious group of people who has been elected, and of course we want to get to know them a little better. Therefore, Nådiga Lundtan sat down to have a chat with our soon-to-be president, Matilda Eklund.

So Matilda, who are you then?

– I am a girl originally from Gothenburg who is studying International Business. I am a quite open and warm person I would say, with a great passion for this union. It can be seen in everything I have done so far, I am really passionate about this union and have been engaged from the beginning in many different ways. So far, I’ve been a part of the education committee, the eeeDays and now I am the project leader of the Vieri Project, and I have also had a fling with the LE Choir and the Educational Council.

So you have then been a part of all legs of the union already?

Why did you decide to apply for president of LE?

– Well, now you are going to get a very long answer to that, and I might sound like a total cliche. For quite a long time what’s been on my agenda has basically been to make an impact and making a difference. It’s what I am passionate about. It is something I have brought with me in all my work, from working with student rights in the Education Committee, in the career leg and in the social leg creating a social context. Through working within all three legs, I have seen other people making this impact as well and has seen what this union can do. It’s the people, the members. And I’m not just talking about the active members, I’m talking about all members. They are all the ones that is inspiring me every single day. All this has made it quite natural for me to want to give back to the members, as they are the core purpose of this union. I’ve known for quite some while that I have wanted to be the spokesperson for them and leading this union forward because I know we can do great things. I want to give back to the union what this union has given me” .

So, as you were talking about, you want the union to be for all members. However, you are of course aware of the issue of LundaEkonomerna’s perception of being excluding towards non-active members. How do you look at this issue, and do you have any thoughts on how to tackle this?

– First of all, I think it’s very important that we talk about it. It is very important that we cater to all members, because we are for all members. Further, I think it’s important to think about how we can reach out to more members, and reach a more diverse group. Especially now that the school is becoming more and more international. Today, almost half of the master students are international and we have a new international bachelor program. Of course we want to include everyone, no matter where you are from or what you like to do. We need to work more on what we do, and see if we can do more diverse things and look at how we do things. We are very good at what we do, but it is also important to open up for change and not always do things the same way as before. We need to look at what the students want and what our members wants, because our members is the most important part of our organisation. If you look at an organisation chart of LundaEkonomerna, you will see that our members are on the top. We are here for our members, and they are the reason we exist.

Do you have any specific plans for change in the future, or something you want to do? Of course, if it is something you are allowed to share at this point.

– I can’t really say something I actually can or will do, because everything that will happen during the next year is something I will do together with the rest of the board. It’s not just up to me. As I said before, we need to listen to our members. We have a lot of potential of internationalisation, and I think we have a lot of potential in doing things in a more diverse and inclusive way, and through that be more open and transparent. But when it comes to concrete action, I’m not the only one in charge of that, because the board, all committees and all members should be a part of it too”

What do you think will be the best part of being the president of LundaEkonomerna?
– All the amazing people I will meet, and all the new things I will get to learn! When starting to learn about everything now, I realise that it is only when you actually know a little you understand how much there is that you don’t know. One part of our organisation that I am really proud of is the fact that we are a learning organisation, and you are not supposed to everything from the beginning. I think that will be a great part, but first and foremost all the amazing people I am going to meet. I think it is going to be a really fun year.

Then what do you think will be the most challenging part?

– For our union, I think it is that we have a luxury problem. We are all very ambitious. A lot of work on social sustainability is being done here in Lund, and in all of Sweden actually, and we’re no different. The current board is doing an amazing job with the “we care” project, which is about mental health. At the same time, we are very ambitious and we work very hard, so I think finding the right level and balance is a great challenge.

As for me personally, I think it is going to be to accept that I will be the most competent at the time when I actually step of. You can’t know everything from the beginning, and that is just something you have to learn to accept.

If you had an unlimited budget and no restrictions, what would be your dream event or thing to do with the union?

– Wow, that’s a very hard question! An unlimited budget, that’s not really how this usually works. I do think it would be to create something for all members though. Skånis could be a great player in this, and I think we can use Skånis for much more than we do today. It can be used for transparency, for openness and for inviting members, but Skånis is very small. So that is where I would start, so that we have the opportunity to cater to even more members, and use it in other ways. As for events, there is a jubilee coming up which I think should be celebrated. Next year, LundaEkonomerna turns 25, and I think that can be used as a great way to cater to all members, and doing more things. It will also allow for more people to get engaged. But wow, this is a really hard question”

What is your all-time favourite LE-memory?

– Oh wow, I have a lot. I think one of the best memories was my first time when I was at an interview for becoming an active member. When I got that yes and became a part of the education committee, it was just so amazing. It was such a remarkable time for me, and it has really marked my journey because that was actually the first thing I did for this union other than taking part in events. It is a really good memory, the feeling I got when I got that yes. I also have another really good memory. It was one of the first real sittnings during my first year here, it was at Visboken, and I was seated on the edge next to people I didn’t know. But it turned out to be so great, the feeling in the room was so fun so it didn’t really matter. I got to learn to know people I didn’t know before, and it was one of the first times in my life that I could sit all by myself around people I didn’t know and it was totally fine. It ended up being even funnier that I could ever imagine. It is also one of my favourite memories, and it also sort points the finger at what LE is. Our union is so friendly and open, and it is really something I would like to give back to others.

Do you have any secret party-tricks that we will be seeing at the sittnings in the future?

– Well, actually I have a fun fact which I don’t really know if I should tell you, because people will  tell me to do this. I have been dancing swedish folk dance for 13 years, but not voluntarily though. My school forced us to do it every year. It is kind of cool actually, they forced 1000 students to put on old swedish national costumes and forced us to dance. So as I’ve been doing that for 13 years I know quite some dance moves. I probably should not have told you that, because people will now ask me to do it at sittnings!

Do you have anything more you would like to add before I leave you with the preparations for the Astro-Gala?

– Yes, it is a message from the new board. Although we haven’t stepped on yet and we are still in a learning phase, the message we want to send out to everyone is that when we step on, we really want to be as open as possible, so don’t be afraid of us. We are very nice, and we are here for you.”

With a strong passion for this union and great dedication, the whole editorial team of Nådiga Lundtan is certain that Matilda, together with the rest of the board will do an amazing job of representing all members during this upcoming year! And hopefully, Matilda will also show us her incredible dance moves on the next sittning. 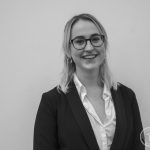