Margot Wallström, the Swedish Minister of Foreign Affairs, took part in a lecture in Lund, discussing a feminist aspect on foreign policy with it’s main focus on why women are underrepresented in diplomacy today. Why is this the case, and what can be done about it?

There is no doubt Margot Wallström has a clear standpoint on the question of gender equality within the political sphere. She perceives it as a prerequisite for a democratic evolvement of our society. Shortly after the elections in Sweden in 2014, Wallström, supported by the Swedish social democratic government, presented her plans to develop a foreign policy in accordance with a feminist agenda. Along with that decision, Sweden became internationally recognized as the first country to conduct a feminist foreign policy. It was therefore hardly surprising this became one of the more discussed topics during her lecture at Lund University. Furthermore, Wallström spoke about her perception of the key tools to a feminist foreign policy, the three R:s which represent rights, representation and resources. Some key points mentioned were women’s rights and representation in diplomacy, and the fact that women are strongly underrepresented in influential positions, as well as how important it is to distinguish if women are in charge of their own economy and resources. In addition, she highlighted how different perspectives from the feminist foreign policy is applied in the Swedish ministry.

Wallström later joined forces with other panel members Joshua Goldstein, Professor at American University, Thania Paffenholz, Director at the Geneva Institute and Ann Towns, Associate Professor at Gothenburg University to address the issue of underrepresentation of women in politics. With Wallström having Sweden as her main focus, comparisons of other countries were later made together with the other panel members. In connection to her visit, Nådiga Lundtan got an interview with the Minister of Foreign Affairs to ask her about being back in Lund, as well as her over all perception of the lecture.

Margot, very welcome to Skåne. How does it feel to be back?
Margot: Oh, thank you! It feels incredible! Lund has a special place in my heart. Before taking on the role as Minister of Foreign Affairs, I was the chairman of the board of Lund University, so it is indeed a joyful reunion.

What was your opinion in terms of the discussions on today’s lecture?
Margot: I found them to be very fulfilling, and all the members of the panel brought their perspectives and areas of interest to the table. I think our diversity gave a depth to the discussion, and that was really fun! I also have to mention the questions coming from the students. They were indeed very creative and I enjoyed answering them.

What is the most important step to reaching gender equality within the political sphere?
Margot: Well, first of all, more countries need to acknowledge why this is an issue in the first place. That might sound obvious, but it goes without saying that that is not the case today. Women and men need to have the same chances to succeed, and that process starts with an equal representation in politics.

Lundtan would lastly like to give you the chance to give the students some words of wisdom.
Margot: Keep on fighting! Lund is a city with very wise people – treasure that, and keep on working hard, nothing can stop you if you do! 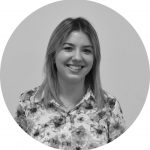