The world of commerce is an ever- changing story. The UK was once referred to by Napoleon as “a nation of shopkeepers”, but today UK and many other countries are moving from solid stores to cyberspace. In addition to that, we see more vast shopping areas with mainly big brands being built outside of the cities. This transition has and is still shaking up the retail market. Not only is it easier to purchase things today, but we can also choose from a wider spectrum of goods than ever before. Even though e-commerce has existed a relatively long time, we haven’t fully adjusted to the shift. Who would believe that a small town in southern Sweden, Lund, would be one of the first to solve a part of this shift-dilemma?

Lund is prepared to join the competitive e-business by creating the world’s first city e-commerce. By jointly creating a platform of the city’s stores, Lund strives to at- tract both old and new customers. Being a smaller city can make it harder to keep up with the changes and risen demands for diverse- ness and efficiency. People are willing to travel to the adjoining bigger cities or order from dominant internet based companies, which causes a decrease in smaller inner-city markets. Shopkeepers in Lund therefore work together with their competitors in the expectation that this cooperation will increase the total market of Lund.

The platform that has been used is called “Locals” and was generated by a local company in Lund. The idea behind it is to enable customers to order from different stores at any given open hour and receive the delivery the same day. The order might come from a large number of stores, but it will nevertheless be delivered in the same collective parcel. The goal with the platform is not only to increase the turnover of Lund’s market, but also to enable a consumer experience more similar to an everyday shopping experience. After all, the base of e-commerce is trust and efficiency. This also relies on skilled parcel management, something that so far has not been a problem. The founders of Locals have been positively noticed. Locals received the price as the best Scanian startup and later won the regional final at Venture Cup, a big entrepreneurship com- petition.

Lund is putting her best foot forward and making a favorable impression. Will we see more city-e-commerce following Lund’s creative leap forward? Perhaps! The idea has not only spread through Sweden, but also abroad. Napoleon would have been impressed. 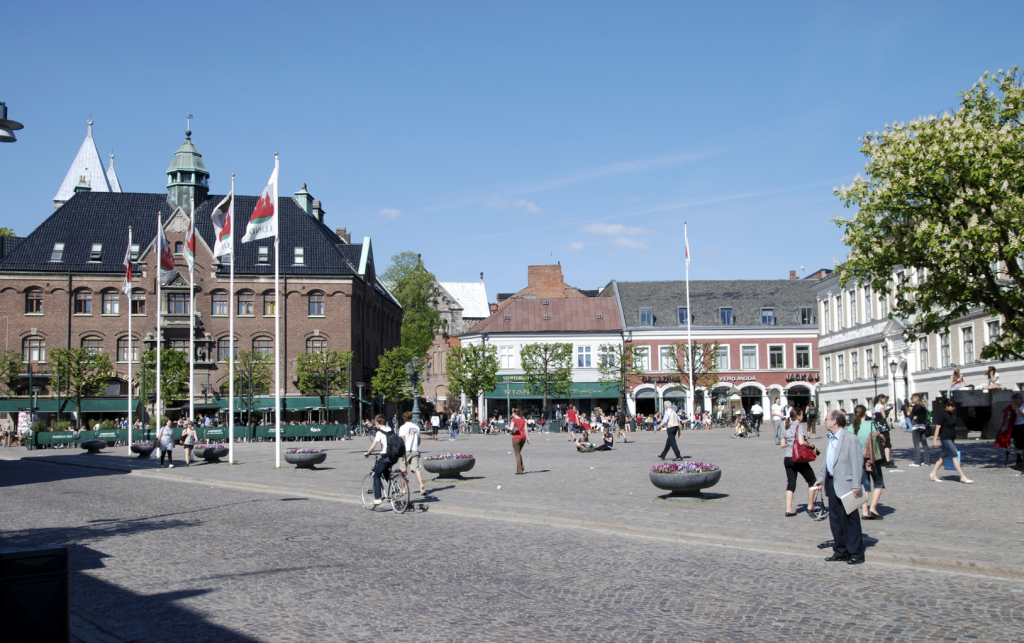