The previous and present-day presidents in the United States have been the oldest in U.S. history, and why this is the case can prove rather confusing. During the election in 2016, Donald Trump at 70 years old replaced the oldest president in U.S. history, being 69-year-old Ronald Regan. Similarly, during the last election, Donald Trump (74) and Joe Biden (78) became the oldest candidates for the presidency. Not to mention, after Joe Bidens’ comeback in 2020, his speeches have repeatedly been delivered in a slurred and sometimes incomprehensible way.

The United States now stands in front of presidents and potential candidates that were all born prior to inventions such as super glue and oral contraceptives, understandably wanting to question why the mean age has increased so dramatically. This does not even include the fact that leadership within congress is mostly conducted by people over the age of 70. Hence, with such a large share of the elderly, this presumably does not give an accurate representation of the entirety of the U.S. population, as only around 16 percent are over the age of 60.

There are hence several reasons for this occurrence:

Firstly, it may lay tribute to a study that showed that voters generally vote for candidates “who are closest to themselves in age”. This is understandable as people over the age of 65 vote more frequently in comparison to voters of a younger age. However, Europe shows a completely different relationship between population age and the mean age of our leaders. This relationship is comparably negative, as nearly all European countries have noted an increase in their mean age, with our leaders seemingly becoming younger.

However, this topic is much larger than just politics, as the mean age has increased drastically across business, science, and finance. Most prominently, among S&P 500 companies in the last 14 years, the average age of new CEOs has increased by 14 years. Furthermore, with a concentration of power amongst older individuals, it is understandable that two-thirds of the U.S. wealth is owned by individuals 55 years or older. This is of interest as people over 55 only account for one-third of the U.S. population. It is also important to touch upon the fact that the working-age has been extended significantly over the last 20 years, with Americans over the age of 75 still working having risen by 85 percent.

Hence, people of older age have had the time to build up comparable wealth and donor networks. They may thus be more equipped in funding their campaign. This illuminates the fact that elderly politicians have a significant comparative advantage in advocating for themselves and in gaining power, individuals who will presumably introduce policies that benefit the old and rich. This is of particular interest as age was one of the main criticisms the U.S. gave to the USSR at the end of the Cold War, stating that they were out of touch with our changing world. With stressing issues in contemporary society, such as climate change, one could similarly argue that the U.S. needs clear inputs from younger generations which will be most impacted by it. Whether this is only a temporary or a permanent pattern is difficult to answer, especially when Europe and America have followed such different paths in the last decade. However, if younger people wish to see changes in government policies and the age of their leaders, it is all up to them to vote for candidates that voice their generation’s concerns. 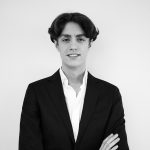