When thinking of Swedish cuisine, I would have never imagined the likes of cinnamon, cardamon, and saffron to be a staple in Scandinavian baking. Coming from the US, there is very little exposure to Scandinavian cuisine, outside of IKEA meatballs and the occasional fika themed café (most likely located in a hipster neighborhood of a metropolitan city). I was pleasantly surprised to bite into a kanelbullar for the first time and taste the familiar rich flavors of cardamom. Growing up I associated cardamom with the spicy chai my mom made in the mornings and saffron with her famous Ethiopian saffron rice. These flavorful spices are commonly found in Ethiopian and other African and Eastern cuisines.

How did these spices become a key ingredient in Scandinavian baking?

We can thank the introduction of cardamom to the Vikings. Currently there are two different predictions as to how they were introduced to the region. The first hypothesis says that about 1000 years ago, the Vikings found cardamom and saffron in the marketplaces of Constantinople (current day Istanbul, Turkey) and then introduced the spice to Scandinavia. The second hypothesis by Daniel Serra, a culinary archeologist focusing on Viking and Medieval food, says that Scandinavians were more likely to have been introduced to cardamon from the Moors, the Muslim inhabitants of the Maghreb (the Northern region of Africa). Cardamon was first found in Scandinavian cookbooks around 1450 with recipes extremely similar to Moorish recipes which suggests that Scandinavians were strongly influenced by the Moors. Serra suggests that the geography of the Scandinavian region, describing it as “on the fringes of the continent”, might have contributed to medieval food lasting longer than the rest of Europe. Regardless of which hypothesis is correct, it’s clear that the voyages of the Vikings brought new flavors and spices to the region.

The trade between Sweden and India through the Swedish East Indian Company (SEIC) can also be attributed to influencing Swedish cuisine and culture. Like other European countries, Sweden has aspired to profit from trade with other countries, particularly East India. As such the trading company was established for purely economic reasons. The economic partnership influenced Swedish culture and cuisine.

Today, cardamom and saffron can be found in almost every kitchen in Sweden. Most commonly in baked goods, Christmas recipes, and drinks. The tradition of fika is where you’ll most likely enjoy these delicious pastries. Swedes and Scandinavians have found a way to incorporate non-native spices into their traditional cuisine, truly proving how cuisine can be a representation of our shared history and highlighting the beauty of cultural exchange. 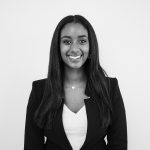