Throughout the year new election polls regarding the political view of the have population been released regularly. Other, more specific polls have also been made, as the one Lundagård recently publicized for example, referring specifically to students at Lund University. Naturally we at Lundtan wanted to make a poll of our own to find out what the students of LundaEkonomerna, our readers, are voting for. We conducted our poll the 7th of september from 9:30 to 15:00 in Ljusgården and asked bypassers to participate. The poll is of course one hundred percent anonymous. The results are as can be seen below! 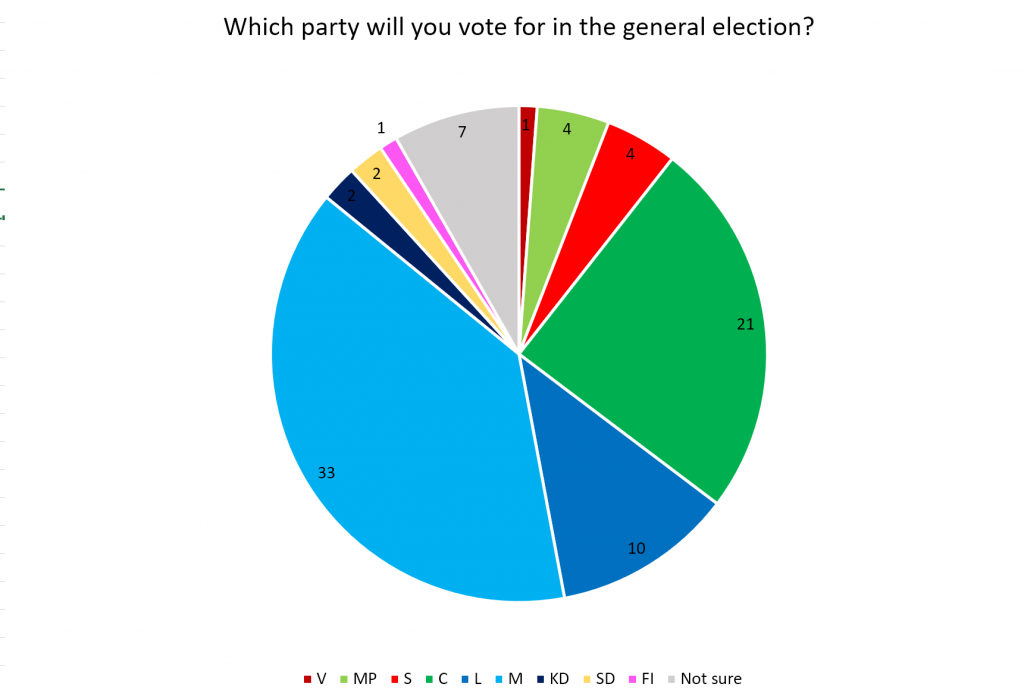 If you are not unsure of which parties will make up the Swedish government the coming term you probably have not been following politics very closely. However, if the students at EC could choose, the outcome would be more than certain. Together the parties that form Alliansen get more than three quarters of the support! Miljöpartiet and Socialdemokraterna manage to just get above the 4 percent limit while Sverigedemokraterna, Vänsterpartiet and Kristdemokraterna all would be leaving the parliament. 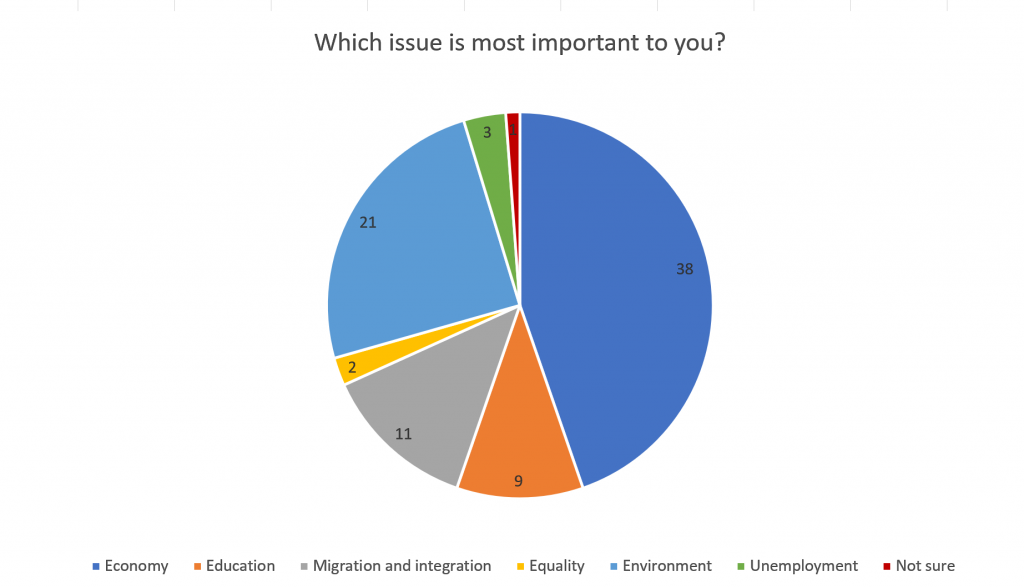 When it comes to important issues to the students at EC the clear winner is economy, which maybe is not such a big surprise since EC stands for EkonomiCentrum. It is not in majority, however, and the participants seem to care a lot for environment, migration and integration and education as well.

Whether this result surprises you or just reinstates old prejudgments about the students of LundaEkonomerna it is an interesting outcome, and stands as a contrast to what many people see as the “leftist Lund University”…