Our world is falling apart. Slowly, but consistently. In ten years, it will be too late to stop the environmental crisis, and we need to act now. “How?” is the question that burdens our generation. In fact, even our food consumption has a negative impact on the climate. Livsmedelsverket tells us that our food consumption is responsible for a third of Sweden’s climate impact. Oatly realised the severity of the situation, and suddenly an alternative to ordinary dairy was available to the customers. Oatly, now a multimillion-dollar company, has played a crucial part in changing the dairy industry for the last couple of years. Nowadays in cafés in Sweden you may get asked “Milk or Oatly for your coffee?” and you can easily spot Oatly’s products in their creative packaging in every grocery store.

But how did they do it? The short answer is with passion and an outstanding good marketing approach. The long answer will follow below – and it all starts here at Lund University. As early as 1963, the researcher Arne Dahlkvist discovered the factors behind lactose intolerance. Rickard Öste, another scientist at Lund University, took a step further during the eighties and developed the oat-milk as we know it today. In 1994 Öste and his co-workers founded the company Ceba Foods, which became Oatly in 2001. Oatly’s growth was stable but slow. The steady pace was to drastically change when Toni Petersson became CEO of Oatly in 2012.

Petersson and John Schoolcraft are the brains behind the controversial marketing approach. They re-branded the products from an allergy substitute to the sustainable lifestyle product that is a staple in many households today. The marketing approach is fascinating and contentious. From an outside perspective one can observe that “unforgiving, but warranted, boldness” is a common theme in Oatly’s marketing. The packaging is decorated with words in an eye-catching font conveying nagging arguments and confusing sentences that will either make you laugh or grumpy. But it will certainly catch your attention.

Is all press, good press? For Oatly it seems to be! During 2014, Oatly found themselves in a legal dispute with the Swedish milk lobby. Any other company would fear such a challenge, but not Oatly. I spoke with Linda Nordgren, the Global Vice President for Crisis and Community management of Oatly, to get a greater understanding of how they handle this type of situation. The dispute was regarding the controversial statements on their packaging like “It’s like milk, but made for humans”. Oatly lost the case but in the end turned out as the winning part; the following year the sales increased by 45% in Sweden. Linda Nordgren explains that Oatly stayed true to their values: sustainability, health, and trust. To fulfil these values and to build trust with the customer, Nordgren emphasizes the importance of transparency. Oatly published all the court documents on their website and kept their customers up to date, without distorting the information. This allowed the customer to make up their own mind. Transparency and responsibility are what sets Oatly apart from other companies, and, according to Nordgren, something that only a few dares to do.

More current is the discussion about Blackstone’s investments in Oatly. The private equity company Blackstone has invested 200 million dollars into Oatly. The reason why this investment has stirred up feelings in the media is because of Blackstone’s background. Blackstone usually invests with little to no consideration about the environment. Linda Nordgren points out the fact that the way to a sustainable world is subjective. Oatly’s way to a sustainable world is to gradually change it. And to change the world, someone must take the first step. Today, only a small part of the private equity industry’s investments is directed towards sustainable companies. This is what Oatly wants to change, Nordgren explains. Oatly wants to show the industry that green companies are the future and are profitable and increase investments into environment-friendly businesses.

This decision provoked many, but the increasing trend of the revenue did not break. I asked Linda Nordgren how Oatly managed to secure their position while going through this media crisis. Once again, her answer was “transparency”. She explained that Oatly always stands their ground and are honest with themselves and their customers. “Companies often fall into the trap of being too eager to please” she says, the courage to take a step in a new direction is crucial for development, even though customers may be lost in the short run. Nordgren ended the interview to say that sometimes there is room for improvement and Oatly would be foolish not to consider the feedback.

After speaking with Linda Nordgren, I realised that it does not matter how the media portrays a situation or a company. It is rather about being honest and making decisions that reflect your values. There is no bad press if a company is transparent and tells the truth and dares to stand up for its decisions. That is how you create trust with your customers, and what makes them stay through thick and thin. Oatly is an innovative company in many ways, not only when it comes to dairy products, but also by proving that honesty certainly is the best policy and marketing method – however it is a bit saddening that the concept of honesty should be regarded as an innovation. Let’s hope this changes soon. Now time for a coffee! Milk or Oatly? 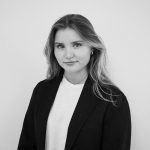