Oh mistakes, how I regret I have them. I bet you have thought this way before, that mistakes are bad for you and something you are not proud of admitting, but hey, everyone has made them before. You might think there is no way to go forward, but it will pass. I assure you there is always a best path forward, and you probably just don’t see it yet. In fact they are not as bad as you might think, rather they can be a valuable lesson that will, as the title of this text is all about, change your life, and hopefully to the better. To use the famous investor Ray Dalio’s words;

This might sound daunting, but actually it can be inspiring, because it all depends on how you see mistakes. If you see mistakes as something that should be avoided, then of course they will only cause bad memories. However if you see them as Ray does then they will instead be something you learn from and grow to be a better person. Ray calls himself a professional mistake maker, and with this quote I think it makes the argument better;

“By creating an environment in which it is okay to safely make mistakes so that people can learn from them, you’ll see rapid progress and fewer significant mistakes”

By doing this and keeping a mentality that making mistakes are good because you can’t always make the right thing or take the right decision all the time, but if you think it’s okay no matter the outcome, then you won’t feel too bad when the mistake does happen. You will make millions of mistakes during the course of your lifetime, most small some large, but do not despair, what you think is a failure or a mistake may in fact be something good that inspires you to greatness. If you feel like a bad exam result will be the end of the world, or you said something that made you look like a fool during the job interview and will never get a job, it won’t be as bad when you just think it’s part of life and next time I’ll not repeat the same thing.

By adopting this philosophy as Ray did, then you will be able to do things you never thought possible, it can be small things, as asking someone out, to bigger things like applying for jobs or starting your own business. So get out there and do exactly what you feel like, take some risks, get out of your comfort zone and experiment, because life is short and full of surprises and you will never know what will happen next. If you want some inspiration, Ray Dalio was fired from 2 jobs within 2 years out of business school and then became a successful billionaire investor, after many hardships like brink of bankruptcy. Mostly by adopting this principle that mistakes do happen and you learn how to deal with these problems so you don’t make them again. Be like Ray and make mistakes, but make them with a smile on your face. 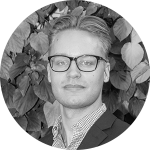