When Kevin was 14 years old he started his first “business”, importing products from China and selling them online. Two years ago he started his own marketing company Visual World, and is currently also a part of a startup soon about to be launched.  I met 21-year-old Kevin Östlin, currently studying his second year in Master of Science in Engineering, Industrial Engineering and Management at LTH. We sat down to talk about his journey towards running his own business while studying, the key to make a business succeed and how to reach your goals.

Everything started when Kevin was 14 years old, with the simple idea to import technology products from China and selling them online. Even if it wasn’t the most serious enterprise, it was the start of his interest and sense for business. An entrepreneur inside him was born. During upper secondary school he took a course in Business and Entrepreneurship, where he together with a group of friends created Vardagsköket.se – a niche webservice business with recipes consisting of maximum six ingredients, targeted towards students. Though a simple concept, the narrow focus bumped the company to the national finals young entrepreneurs. First after Vardagsköket, Kevin realized what entrepreneurship really was. He then started his very own marketing company Visual World, which was his first real own business. Earlier this year Kevin got hired to do a marketing job for a startup in the transport sector. And now, a couple of months later, he is a part of their board and the IT-manager of the company that soon will launch their service – Weekend Express.

Wow Kevin, you’ve already done a lot! What is your motivation?

What is the key to success?

Are there any challenges you have faced because you are studying while having your businesses?

Is there anything that has been tough or that you’ve been struggling with?

What advice would you give to other students who want to start their own business?

What are your dreams and goals? 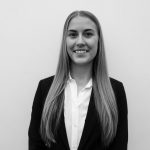