Food
3 weeks ago by Alfred Nilsson
0 0

As our needs and wants, pancakes come in different shapes and forms. Even though pancakes are often deemed as a treat-yourself food or unhealthy, they don’t have to be. In this article, I will go through several ways to make perfect pancakes for your desires.

Before I go through the protein pancake (Request from Edvin in LE Sports), banana pancake, the classic Swedish pancake, and the American pancake, there is one thing I want to mention. When we see different types of photos of pancakes, some of them look much softer than others and some look more crunchy or texturized. This often depends on two different things, the pan that you are using and the concept of butter. If you are using a non-stick pan of Teflon, the pancake will look much softer and feel much softer since it’s nonstick and doesn’t give the same texture as a cast iron pan. The cast iron pan will, because of its surface, create a more crunchy texture. It works the same way when you are searing meat in both of them.

The protein pancake is perfect after-workout food if you don’t want to cook food for 30 minutes and you want more than a protein shake to ease your hunger. When I do mine, I usually just take half the flour and instead the recommended amount of protein powder in the batter. I also take two eggs instead of one and also no sugar since there is sweetness in the protein powder. I’m not a person who counts calories because I enjoy good food too much. The banana pancake is an iconic pancake if you don’t take supplements but still want to be healthy. Because the batter only consists of mashed bananas, eggs, milk, and a little bit of flour and butter. And yes you guessed it, it mostly tastes like banana. Both of these are very dense in their texture.

The classic Swedish pancake according to me, who have been making pancakes since I was five, is a batter consisting of double the milk to the flour, salt, eggs (1 per person), butter, and the secret ingredient sugar. Since this is a treat-yourself kind of pancake, I always take more sugar than the standard recipes. This is because the sugar creates a deeper taste and deeper flavor when they are made, which makes it much harder to stop eating them, unfortunately.

The last and most fluffy one is the American pancake. In this recipe, there is less egg and equal amounts of milk and flour, because you want the batter to be thicker to be able to expand because of the baking powder. My personal opinion is that these pancakes feel much more unhealthy eating but they are fantastic to spice things up in between the dense pancakes and the classic Swedish ones.

For the toppings, only your own imagination and taste make the boundaries. So to conclude this, more and easy pancakes for the people! 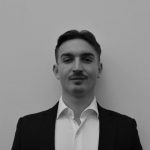