It is a one-of-a-kind approach for you to help build the EU by requesting new laws from the European Commission. Once such an initiative has received one million signatures, the Commission will decide what action to take. In short, they are a way to change EU legislation on topics and issues EU citizens care about. But let’s dive a little deeper.

Since 2012, EU citizens can submit a European Citizens’ Initiative to the European Commission to propose a specific legislative change. Currently, there are 13 different initiatives collecting signatures, which are dealing with a variety of topics, examples are “Save cruelty free cosmetics – commit to a Europe without animal testing“, “Ban fossil fuel advertising and sponsorships“ or “Stop finning – stop the trade“. On this website, you can look at all 86 European Citizens’ Initiatives filed up to this date. Most deal with sustainability, social, or animal welfare issues.

How does it work?

First, a citizens’ committee composed of at least seven people from different EU countries must be established. After it has been approved by the European Commission, the Citizens’ Committee then has one year to gather signatures.

Within that year at least one million signatures must be collected either in writing or online. However, there is a minimum number of signatures that must be obtained in at least a quarter of the EU member states. There is also a minimum number of signatures required for each EU Member State. If all this can be achieved, the Citizens’ Committee will be able to propose its idea in a public hearing in the European Parliament. The European Commission will then answer on how they want to proceed within three months. This might lead to the proposal’s acceptance and a legislative change or rejection with an explanation why.

How do I contribute?

As initiatives can be signed online, the easiest way to contribute to changing EU legislation is to sign an initiative close to your heart. As mentioned before currently open initiatives can be found on this website. Furthermore, there is even a podcast called CitizenCentral, which highlights European citizens’ initiatives. In each episode, initiative organisers and supporters explain why the initiative is important and how they experience raising awareness at EU level. This is also a very nice way to learn more about the initiatives. If you find one you would like to support, you just have to fill in a very short form and it will only take about two minutes to hand in your signature.

It might also be interesting to look at the step-by-step guide by the European Union for people who want to learn more about the process to start a European Citizens’ Initiative. 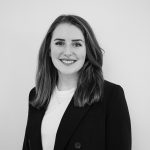