We have now reached the middle of the fall semester and the deadline to apply for an exchange semester is right around the corner. I do not know about you, but this has at least stirred up a lot of questions and inner stress for me. Where should I go? What should I study? And how do I even apply?

Luckily a friend of mine, and former LundaEkonom, were willing to take some time from her hectic life on the other side of the globe to tell me a bit about how she made her decision and more about the country she currently calls her home – South Korea.

So, how did you find the application process? And do you have any advice for a good application?

I found the application process quite easy to be honest. First step was to rank the universities that you would like to study at, then make a temporary course list and finally write a “Statement of Purpose”-letter. Finding the course list on the different universities webpages was a bit tricky since you need find a lot of details such as the course number, amount of credits and the full name of the course. A tip for a good application is to go to a country you have an interest in, since it will be easier to motivate why you should be able to go in your “Statement of Purpose”-letter.

Why did you choose the country that you did?

I have had an interest in South Korea for a while and also studied the language back home. South Korea is also such a culturally different country from Sweden with a completely different language, which makes it so interesting.

What cultural difference have you noticed so far?

There are a lot of cultural differences, for example people here are more polite and they have more respect for each other especially for professors who they even bow down to when they enter the classroom. Also, if a professor likes you, they will probably take you out for lunch. A big thing in South Korea is being in a relationship, if you are not you are seen as a bit of an outcast. At restaurants for example they have couples menu and you often see couples are wearing matching outfits, once I even saw a couple sharing shoes.

Is there anything in South Korean culture you think us swedes could learn from, and vice versa?

I think Swedish people can learn from Korean’s way of treating each other, especially elders and teachers, and Koreans have to learn how to be alone. For example, at restaurants it is almost impossible to order food for just one. Everything is sharing pots for two people or more.

How would you say a normal day looks for you? Would you say there is any difference from the routines in Sweden?

Absolutely, I usually have two classes every day, both of them which are around three hours. The classes here are more intense than in Sweden since you have to participate in every class and discussion is a part of your grade. My university have a lot of social clubs, so I have joined a tennis club which has practice after class. During the weekends we usually all go out shopping or explore more of South Korea which is really fun. This weekend I am going to a place called Sokcho.

Is there anything you have found out about South Korea since living there that you would have wanted to know before?

Not really but one thing that chocked me at first is that foreigners are not welcomed at some places. Some bars, clubs and restaurants are for Koreans only.

Would you recommend applying for South Korea for your exchange semester?

I would absolutely recommend South Korea! Although if you do not know anything about the language or the culture, it might be difficult and frustrating, so I recommend knowing some basic Korean before coming here.

Thanks for taking your time doing this interview. One final question, what advice would you like to give to someone who does not know how to choose where they would want to go?

Think about your interest! Or you can Google the universities to see what there is to do in the area and city. The one that looks most interesting is the place to go. I got my third choice which made me a little bit disappointed at first but the people I have met here are amazing and now I am glad that I went and that I did not get my other choices! 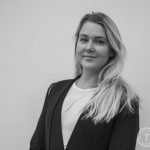