We are currently finding ourselves in the most wonderful time of the year: Christmas! Can you really believe it? Santa Claus is coming to town! One thing a stereotypical economist likes more than Christmas however; money. Money, money, money. But for some people, those topics go hand in hand. Christmas is the time of year where they make the most money. And no, I’m not thinking about the retailers or the magical toy stores you see in Home Alone or other typical Christmas movies every Christmas. I’m talking about the famous curve of royalties.

Christmas songs are the cash cow for some artists, especially Michael Bublé who is seen as an all-out Christmas artist for some people. He is good for 60 million net worth and around 50 of those millions have been made through Christmas songs and related shows. Talking about Christmas music, it is impossible to get away from Maria Carey. Every year, the same song on repeat, and a massive profit follows. All she wanted for Christmas was you, but she instead got 500 000 dollars or about 4 200 000 Swedish crowns if you will, just this Christmas. Not bad for one month of royalties. Last December the Economist reported that the song had roughly made Mariah Carey 60 million dollars in total (not only royalties).

The band who can declare themselves the winners is the band Slade with their song Merry Xmas Everybody. You might not recognize the band or the title but you for sure recognize the song, and it’s a banger! Every Christmas they cash in over 1 000 000 dollars for this Christmas hit, according to the Independent! Tell me once again why we study economics and not making Christmas hits? 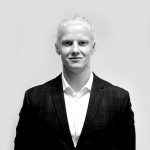