One day, fourteen companies, 112 participant students, 33 staffers and 8 amazing committee members. Corporate Challenge took place the 4th of October and consisted of a day with games, mingle, new contacts and friends. I had the opportunity to staff at the event and be a part of the day. 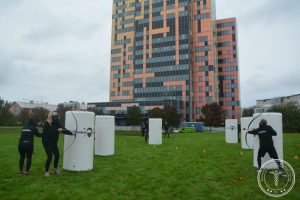 Corporate Challenge is a day when companies come together with students from LUSEM and competes in several games to become this year’s winner. The day ends with a dinner and after-party at Moroten & Piskan. Participating companies this year were for example PwC, Coca Cola, Accenture, Deloitte, Ikea and many more, all extremely competitive and excited. As staffers we had a gathering and breakfast at Skånis 7 am before heading to your work station – which for me was to build an Archertag field and prepare games in Kemiparken. Meanwhile, the teams with companies and students met to eat breakfast together and get psyched for the day. 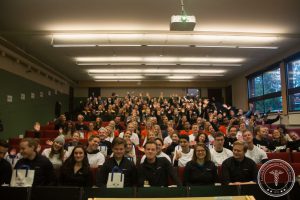 Despite the bad weather conditions, the teams sucessfully competed in archertag, human foosball, classic Swedish “rullebör-race” and much more with full dedication. Not a clean shirt left Kemiparken at the end of the day. 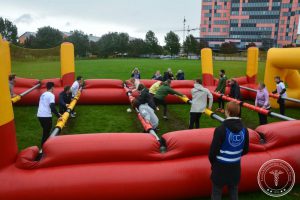 Sara Sturesson, the project leader of Corporate Challenge 2017, says the companies that participated has only given positive feedback of the day, so it was truly a success. Also, one of the best parts was that, despite the weather, everybody took the opportunity to mingle with both companies and other students. They also really showed off their competitive side, which the day was all about.

After the day, it was time for the dinner and after party! Us staffers had a pre-party at Skånis before we went over to the dinner to be thanked at the stage with some singing and dancing before joining the others at the afterparty. During the dinner the winners were presented, and it was Accenture who took home the trophy this year!

I asked Sara if she had any tips for those who want to apply to Corporate Challenge next year and her answer was “APPLY! This is an incredible fun and unique concept that can be shaped of those in the committee. You will get a little bit of everything: from new contacts with companies to a big boost in your creativity”. You can often choose your workload depending on your ambition and how fun you think it is. The committee meets about once a week but of course it takes more time closer to the event. She has been a member of the committee for two years and stated that it was the best thing she has done here in Lund.

It was fun to staff at this event and meet companies in a more relaxed environment. I would truly recommend others to be a part of Corporate Challenge in 2018, either as a staffer, participant or why not a committee member? 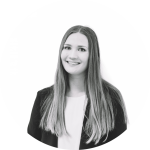