It’s now that time a year again when we all begin the struggle to find christmas gifts for our loved ones. Just in time for that “Årets julklapp” (Christmas present of the year) is announced by HUI, this year on the 17th of November. The gift is supposed to reflect the time and society that we live in as well as our behavior as consumers. The concept started in 1988 with the baking machine. Since then there has been one new gift each year and with only a few exceptions all of them have been some kind of item. In my opinion I think it’s time for something different.

Reflecting on today’s society, I wonder what could be more fitting than secondhand as “Årets julklapp”? Although I wasn’t sure if people would be willing to give and especially receive a gift bought secondhand. However the thrift store Myrorna just published a market survey they’ve done about this exact topic. The result shows that 8/10 people want to buy Christmas presents secondhand and 67 percent would appreciate receiving it. Furthermore Myrorna actually announced a secondhand gift of the year 2022. Won did the painting.

I think there’s much more to this though so I actually did my own little market survey, neither very scientific nor broad. However, below are some answers people have given me when asked if they’d be okay with receiving a Christmas gift bought secondhand.

– Yes, as long as it’s in good shape, then that’s better.

– Yes, but not clothes. That feels disgusting.

– Yes, the nicest clothes were made like ten years ago.

– Yes, mostly stuff and not clothes, because often the clothes aren’t my kind of style.

– Yes, but it can become difficult with clothes since you don’t know if it’s going to fit or not and sometimes with secondhand you can’t return it. Better with stuff.

Through this research I found that most people are open to the idea of secondhand gifts, but maybe not everything. To be on the safe side it’s probably useful to know the person you’re giving the gift to and what they like. Although some personal favorites that I think almost anyone would appreciate are glasses, pots or candle-holders. To convince the critics or just for fun you could also mix it up by for example giving away secondhand-bought cocktail glasses and pair them up with the ingredients needed for the drink in mind!

So to conclude I’d say that it seems quite safe to go for the secondhand gift this year, and not only the painting, but almost everything else too. Just know your audience. Maybe even buy the actual “Årets julklapp” secondhand? 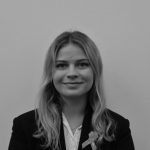