Would you risk everything, including your life, for money? I mean a lot of money. The first thing I did while watching Netflix’s new series Squid Game was to transform the Korean currency to Swedish kronor. The winner of the game hasn’t just risked their whole life, the person also wins around 337 million kronor. But how much would you be willing to give to never have to worry about money ever again?


Within a few weeks, Squid Game has become one of Netflix’s most popular series ever. It kind of reminds me of The Hunger Games but with a lot more blood, sweat, and tears. It took me a while to begin watching the Korean TV-show but once I started I couldn’t quit. I kept playing one episode after another and without knowing it, I was done with the first season.

But how does it all begin? An insidious organization recruits 456 South Koreans that are deeply indebted to participate in childhood games. The catch? If they lose, break the rules or leave the game, they get killed.

Not convinced to watch Squid Game yet? Even if the series is brutal most of the time, it is also a bighearted, joyfully, funny, and compassionate show. We get to follow the main character Seong Gi-hun, a part-time chauffeur and full-time gambling addict, who lives with his mother. Some of Squid Game’s most painful scenes are between Seong Gi-hun and his 10-year-old daughter, who is the light of his life. I have to admit that some (or maybe a lot of) tears fell down my cheeks when we got to know that she will soon move to the United States with her mother and stepfather.

However, that was not the only time I cried. I may be a highly sensitive person, but I don’t think I’m the only one who felt very compassionate during some scenes. My heart hurt when Seong Gi-hun met one of the other contestants, an elderly man with dementia. I don’t know why this scene touched me so much, maybe because he is the oldest of the candidates and doesn’t have much time left in his life.

Even though the series is cold-hearted most of the time, it also tells us something about the deeply indebted characters. One of the things the series shows us is that these are not bad people. These are desperate people. People who are barely managing to keep their heads above water in a system intended to break their lives and peel them off every dignity.

Without any doubt, Squid Game is a surprising hit only a few people saw coming. And if you need something to binge-watch during the weekend – this is your sign to watch Netflix’s new success series. You also get the chance to learn a new language along the way, as most people watch it in Korean with English subtitles, to get an authentic experience. 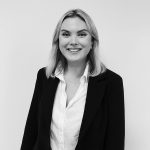