Summer is officially here, and for football fans calendars are already marked with the dates of the Euro matches. After having been postponed in 2020, the tournament is finally ready to kick-off again in June 2021. The Euros, like the World Cup, is a competition that takes place every four years. It assembles 24 qualified European teams to compete for the title over the course of a month.

This summer, for the first time in its history, the tournament will be held in 11 cities in 11 different countries; Amsterdam, Baku, Bucharest, Budapest, Copenhagen, Glasgow, London, Munich, Rome, Saint Petersburg and Seville. The semi finals and finals will be held at the world-renowned Wembley Stadium in London.

Sweden returns to the international stage following a very impressive performance in the 2018 World Cup. Eventually losing out to England in the quarter finals, the Swedish team surprised a lot of critics by topping their group stage table. Despite *that* stoppage-time loss against Germany, Sweden managed to beat South Korea and Mexico to climb to the top. Building on this, the team has also delivered results in the qualifiers leading up to the Euros. But what can we expect from the Swedish boys this summer?

A major blow was dealt when it was announced that Zlatan Ibrahimovic was ruled out of the squad as a result of an injury. Zlatan had made a shock comeback to the national team, and was making it clear that he was going to have an instant impact by supplying two assists in his “re-debut”. Although he has not yet ruled himself out, it is likely that the Swedish titan will be watching from home as well.

So, can Sweden fair without the legend himself? As head coach Janne Anderson stated before: “individually, we are not the best. But together as a team, we can compete with anyone.” This statement seems to sum up the squad. While there are a few world-class stars, the squad depth is nothing in comparison to the giants of European football such as France, Spain and England where the B-teams could essentially win the tournament on their own. But Sweden has still managed to play a style of football that complements everyone’s ability, and the team works well as a collective.

Currently, Sweden has 9 players playing in the top 5 leagues in Europe (also counting Ibrahimovic): Spain’s La Liga, Germany’s Bundesliga, England’s Premier League, Italy’s Serie A and France’s Ligue 1. They are quite evenly spread across the various positions on the field, providing a nice balance.

Three players in particular that are highly-regarded ahead of the Euros are Alexander Isak, Dejan Kulsevski and Emil Forsberg. Alexander Isak, a 21 year old talent who is set to make his first appearance in the Euros, is one of the more exciting prospects. In the recently finished La Liga 2020/2021 season, Isak scored 17 goals in 34 appearances, making him the man with the highest goal tally in Real Sociedad’s squad. A lot of expectation has been built up around him, and if Sweden is going to have a successful tournament, Isak needs to be the one to deliver upfront in the absence of Ibra.

Another player that has emerged as a generational talent is Dejan Kulusevski. He will be a key asset to the Swedish team in the midfield and will be instructional in providing balance between attacking and defensive football. Although he was recently diagnosed with Covid-19, he could still return to the side once his symptoms are gone. Lastly, the third player to keep an eye on is Emil Forsberg. Forsberg has been heavily criticized before for his lack of influence in the international matches when compared to how he usually performs at club level. However, Forsberg has recently found some form, and if Sweden are to compete and advance to the elimination stage, the attacking midfielder will need to seize a central role in creating goal-scoring chances.

Sweden is in for a challenge from the get-go. Their group, Group E, also consists of Poland, Spain and Slovakia. This will be a tough group to top considering the quality that Spain and Poland have especially. However, you shouldn’t rule Sweden out. This squad has a strong philosophy and truly leaves it all out on the pitch. If there is one thing that the team can do it is to give it their all and to be the team that works the hardest. That is their motto. They may not be the team with the most beautiful style of football or the team with the most world stars in their troop, but as was proven in 2018, there is no reason to rule them out from the start just yet. 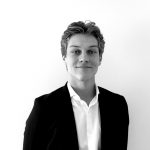