Take a look at the politicians above. Do you already know who you would agree with without even hearing them talking? If the answer is yes, you may be caught in a biological trap. People tend to have strong political opinions here in Lund, and it thrills me. I love a good debate! The only problem is that I and many of my opponents so far seem to have a hard time listening to each other and wouldn’t ever consider changing sides. But do not fear – it is totally natural. Let me present to you why rejecting our opponents is a biological consequence, why we need to start listening to and even agreeing with them instead, and how we can do that!

Anders Hansen recently explained that turning down an opinion that isn’t similar to your group’s opinion, is a behavior that can be traced far back. When man lived side by side in groups, belonging was vital for surviving. Standing alone would be life-threatening: no one  wanted to face a hungry predator without backup. Sticking to and defending our group was part of our lifestyle. When we supported our own, we also rejected others. Groups today are not clans or camps in the wild. They are political parties, classes, and teams at work. They exist everywhere: and so does this ancient behavior.

The biological trap is called “My side-bias” and was originally formed by a psychologist called Steven Pinker. It means that people tend to listen to and agree with their group and simply reject the other side. It is not related to whether you are educated or have a high IQ – biology gets to us all. As an example of a man who has had some trouble listening to the other side, we have Donald Trump. He has threatened to imprison his political opponents. He has told his supporters to knock down those who don’t agree with his party. In other words: My side-bias has Trump in a tight grip. But screaming and refusing to listen to opponents has become more common in Swedish politics as well.

We may not be real politicians, but many of us still get engaged in political, or non-political, debates from time to time. So how do we avoid My side-bias? How do we avoid agreeing with our side without hesitating and at the same time rejecting our opponents without objective reasons? Hansen has presented a solution where we try to focus on at least one little thing that we can agree on with the other side. By doing this, we open a door and put down our guard. We have “hacked” My side-bias and will hopefully be able to judge our opponents arguments objectively instead of based on the person who said it.

With that said, take a look at the picture above again. It is not strange, but on the contrary natural, to feel a sense of belonging while thinking of your favorite political party! Still, your instincts may need to be fought from time to time. But remember, listen to each other and don’t be afraid about changing side once in a while. 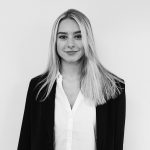