OOORDAAAH – The familiar shout of John Bercow in the  rowdy UK parliament is recognizable to many of us. the dramatic stage that was the Brexit negotiations made for entertaining scenes during a hectic period of British politics. Sadly, those times are over now over as the UK has left EU, and Bercow’s time as the infamous speaker of the UK parliament has ended. Luckily for us Lundaekonomer, however – the show never really ends.

As LundaEkonomer, we do have a parliament of our own. It is an entity that represents all >3000 of us students at LUSEM and it votes for changes/additions in policies and handles election of the board as well as the collegial positions. This is done through meetings that take place almost every month – the dates being decided based upon the state of the union and the current workload of the committees. Anyone in LUSEM is free to attend. And for those of you that wishes to try your luck as a candidate for a collegial/board position, you’re in for a wonderful experience. You’ll get to hold a speech for the General Council on why you’re the most suitable candidate, and why the future of your chosen committee would be in safe hands under your governance – exciting stuff indeed. However, there’s usually some steps to walk before a candidate faces the council.

After applying for a project leader (collegial) position, a candidate usually gets booked for an interview with the Nominations Committee. This is the body within LundaEkonomerna that handles all candidates and they’re curious about what motivates the candidates and what their vision is for the committee they’re applying for – this process is the first step to becoming a collegial member. The Nominations Committee will then choose the candidate they believe is the best fit for the position of all the applicants. Therefore,  the committee’s main goal is to help the candidates be their best self when the opportunity to speak at The General Council arrives, as well as offer advice and coaching. This is true for all candidates and not only the candidate that got the Committee’s nomination.

These processes might seem intimidating at first, however, it is important to remember that both the members of General Council and Nominations Committee are ordinary students just like you and I, who’s goal is to make the Union the best it can possibly be. It is important to think of them both as curious and helpful, rather than demanding and judgmental. This is, after all, not the British House of Commons.

If you have the opportunity to attend a General Council meeting the agenda is as follows: the Vice Speaker (AKA Fika Coordinator & Transcriber) has prepared snacks and coffee for you. The Speaker will then, just like in parliament, guide the General Council through their work, make sure the statutes are followed and set the final agenda. Which committees are up for discussion and which candidates they get to meet during the evening. This is also the time where any eventual opposing candidates (which can be anyone attending the meeting, no prior warning has to be given) can sign up to oppose the nominated candidate from Nominations committee and make a speech of their own for a given Collegial position – this is worth a shot if you missed the initial opportunity to meet the nominations committee as opposing candidates occasionally get the position. It is then time for the possible future project leaders to make their speeches and state their case. Afterwards, the candidates answers a series of questions from the General Council, about leadership, their motivations, and other questions the council members see as relevant, the point is to get to know the candidate further, and get a better feel for the person. After this step, the candidates leave the room and an open discussion is held. This is a conversation amongst the council members, as well as any granted attendees who’ve signed up on the speaker’s list. The candidates are then thoroughly considered for their respective position. A vote is then called, and a result is reached. Voilá, the outcome is a new collegial representative/board member. A similar process of discussion and vote is held when policies are on the agenda.

Your respresentatives, the General Council, is elected once every spring and any student at LUSEM can candidate for a position. If you’ve found the proceeding of the council interesting so far then you should consider applying in May. Being a member of the council means being part of a supportive hub where one can learn a great scope of skills such as how to conduct constructive discussions, interview techniques, political proceedings – just to name a few. And If this is right up your alley and you like the allure of being an active member of Lundaekonomerna? Then the stage is set, and the stage is yours dear reader. Go forth.

Special thanks to Axel Nilsén and Oskar Munck Af Rosenschöld for their contributions to this article. 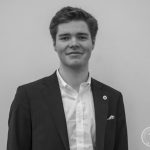